Over the last few weeks we’ve read that hundreds of thousands of Apple Macintosh computers running OSX have become infected with the Flashback trojan, which is a type of virus that could, through a hole in Java security, infect your Mac and connect it to a botnet of over half a million other Macs.

And we’ve also read that Apple has released updates to fix the security problem and clean up any infected computers.

The problem is, the Flashback.s malware is pretty tricky and, it seems, is able to hide from Apple’s latest fix:

“On Monday, however, researchers at Intego, another computer security firm, discovered that a new variant of the malware, called Flashback.S, continued to spread through the same Java vulnerability. Security researchers said the variant was “actively being distributed in the wild” and noted that the malware deletes traces of itself on victims’ machines to avoid detection.
The original Flashback variant used infected computers for click fraud, in which clicks on a Web advertisement are manipulated in exchange for kickbacks. Intego researchers did not say what the new variant of Flashback is being used for. But as with all malware, its creators can choose to use infected computers however they like.”

Well, right now, there doesn’t seem to be a fix addressed directly at this Flashback variant. That being said, I’m sure that Apple and security companies are on it and will have updates available shortly.

In the meantime, the first thing is to make sure your Mac is happily protected updated with the latest software updates and patches from Apple — here’s how to check on your Mac.

Then, you’ll likely want to look into some sort of antivirus or security software. Future Shop has a whole host of solutions here.

And finally, you’ll want to improve your downloading habits. Remember, you are your Mac’s best security:

Ultimately, the best way to protect your computer is to keep an ear open to the current virus activity. By staying informed, there are fewer chances you’ll fall prey to a carefully crafted scheme to get malware on your precious Mac.

A friend recently turned me on to one cool application that let’s me listen to synchronized music from all my networked devices at the same time.

This is likely one of the coolest software enhancements I’ve made to my home listening experience in a long time. END_OF_DOCUMENT_TOKEN_TO_BE_REPLACED 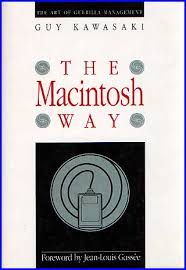 I’ve been in love with Dropbox for a while now, so much so I’m promoting it in my adspace in my sidebar.

Dropbox has made it much much easier to transfer files between computers. Sure, I could email them, but that’s not at all elegant. All I do with Dropbox is copy a file to a folder, and it’s automagically copied to a Dropbox folder on all my other computers, as well as a private folder in my secure Dropbox online storage space.

Now, there’s an app for that
So aside from the usual reason for running dropbox, the ability to sync your files online and across computers

, we can now add iPhone and iPod Touch to that hardware mix, where previously we had to make do with a web-application interface.

Apple has finally approved the actual native app, so here’s what you get:

What this means — you can now easily access all sorts of files among all your various computer on you iPhone or iPod Touch.

And, if you ‘favourite’ the document in the iPhone application, it’s downloaded to your device for offline viewing — great for iPod Touch use outside of a Wi-Fi zone.

So go ahead already, and download the app! And don’t forget to set up a Dropbox account

if you don’t already have one.

Last week was full of excitement by Macintosh fans as Apple released the new update to the OSX operating system — Snow Leopard.

I was interested and took a look at the buzz and the business side of the release in a post over at the Future Shop Techblog.

Then I rolled up my sleeves and installed the sucker on our Mac Mini, which served as our Kitchen Computer.

Easy. Flawless. I love it when Things Just Work(tm). Apple seems to have it down pat.

Here’s where XP replaces OSX
Now, I say the Mac Mini served, past tense, as I also took this weekend as an opportunity to replace the Mini with an ASRock Ion 330, running Windows XP (for the time being).

The reason for the replacement? The Mac is just too much computer to be relegated to the roll of just a media centre. It’s just too capable a machine to be locked in the kitchen playing tunes with Songbird.

Ah, so that’s it
So, our plan is to keep the ASRock running XP, though we may move over to Ubuntu if we need to. It’s a pretty sweet box too.

I believe it’s certified for Vista and Win7, but I need a light OS. Some of the software I plan to install on it over the next few weeks:

Well, what am I missing? This is a light duty, kitchen computer, so I *think* I’ve got all the bases covered…but maybe not. What would *you* install on it?

As for the Mac Mini, well, my wife has plans for it 😉